Communication Using The Heart and Cannabis

There is a bidirectional communication that exists between humans and nature. If we learn to listen and interpret with our heart, words are not always necessary. How does listening with the senses and tuning into our hearts allow us to have a special relationship with Cannabis and other plants?

This relationship will not be understood via a traditional medical mindset, which relies mostly on the results of controlled studies. There are healthcare practitioners with knowledge of Traditional Chinese Medicine’s energetic meridians or Ayurvedic chakras that could understand these concepts and provide an explanation. The path to healing via natural modalities requires not only an openness to plant medicine, but also aligning science and the mind/body/spirit connection. This can be explored in relation to botanical remedies and our beating hearts.

An Unconventional Perspective on the Heart

Rudolf Steiner, an Austrian philosopher, lectured to a group of medical doctors in 1920 with an unconventional perspective on the mechanics of the heart. Steiner was a social reformer, architect, and esotericist who claimed that the heart was not a pump forcing blood to move with pressure. It was rather propelled with its own biological momentum. The observation that blood is pumped through the heart is obvious. But the conventional view that the contraction of the heart forces blood through arteries, capillaries, and veins may not be true. Considering the distance travelled, moving the blood throughout the circulatory system may be physically impossible by pumping alone. In 1932 the blood of an early chicken embryo was filmed circulating prior to heart valve formation. The heart appeared to sense and respond to a spiraling blood flow vortex to create a similar motion and flow.1

This theory is supported by Dr. Gerald Pollack, a University of Washington researcher. He says blood flow is a result of the difference in polarity of structured water (H3O2) which he calls a fourth phase and acts as an exclusion zone forcing positivity charged molecules to repel each other. 2 Thomas Cowan M.D. states blood moves faster in the larger blood vessels and it is stopped by the heart in the capillaries to allow exchange of nutrients and metabolic wastes. It starts moving again by the mechanism described by Dr. Pollack.3 This research paves the way for an understanding about how Cannabis may benefit heart health through mechanisms other than improving its effects on the blood being moved by this organ.

Western medicine is currently attempting to gain more understanding about the role that the heart plays out in health. According to the developers of HeartMath, the heart is our primary organ of perception, heart intelligence. The HeartMath Institute provides research on the importance of heart rate variability (HRV) and parasympathetic tone for overall health and resilience. The heart:

The herbalist Stephen Buhner states that the heart orients our consciousness to the intelligence of nature, which is nonlinear. The rhythm of the heart and spiraling vortex of blood flow creates an electromagnetic field throughout the body. The heart is the greatest generator and receiver of electromagnetic energy. The ancient healing systems of Traditional Chinese Medicine (TCM) and Ayurveda have this understanding.5

According to Ayurveda, the heart chakra is the middle of the seven major chakras. The chakras are nonphysical centers of energy. They are part of the electromagnetic energy field that extends beyond the physical body which controls the circulation of subtle energy (prana, qi, or “vital force”) throughout the human body. The heart chakra connects our spiritual and physical nature. It plays a role in providing balance physically, psychologically, and spiritually. Opening the heart chakra and developing compassion, connection, and understanding for those around us naturally gives rise to the urge to heal.6

Activities that help balance the heart chakra include “forest bathing” (walking in the woods to take in all of nature’s aromatherapy), gardening, meditation, extending love and forgiveness to others, accepting compliments, and acts of kindness and laughter.7 Cannabis can also be used to facilitate this process. Dr. Julie Holland, a psychiatrist, author, and plant medicine advocate states, “I thank the angels for the plant kingdom. Plants are holy life forms. When I partake of the cannabis plant, it brings me to my heart, my heart chakra, the place where compassion lies.”8

Traditional Chinese Medicine uses an energetic system of meridians to chart and describe the flow of the vital force, qi, through the body. Disturbances to the free flow of this energy will contribute to illness.9 Acupuncture’s beneficial effects may be mediated by the release of endocannabinoids and other beneficial chemical messengers. Activation of CB1 and CB2 receptors by electronic acupuncture achieves effective analgesia and reduces inflammation by endocannabinoid modulation.10,11 This supports the concept of a synergistic effect of the other phytochemicals contained in cannabis. In mouse studies electronic acupuncture significantly increases anandamide levels and CB2 receptor activity. Electronic acupuncture may restore an impaired endocannabinoid system (ECS) during chronic pain and potentiate the expression of CB1 receptors on GABAergic neurons.12

There may be a relationship between the meridians of TCM and the endocannabinoid system. There could also be a potential synergy by recommending medicinal cannabis to those receiving acupuncture therapy as an alternative to pharmaceuticals. The mechanism of actions of the phytochemicals in Cannabis are not fully understood. Also the relationship of the ECS as well as the influence of acupuncture on the body also needs ongoing investigation. However it does seem logical that adding these modalities to treatment recommendations could benefit patients. This also holds true for recommending the plant along with changes in diet and other lifestyle activities. Both the safety of Cannabis and acupuncture is well established, so the benefit of combining these therapies may well outweigh the risk.

Connection to Plants Is Key For Healing

Ethnobotany is the study of a region’s plants and their practical uses through the traditional knowledge of local culture and people. The Doctrine of Signatures is one aspect of those traditions. It states that plants can have characteristics such as color, texture, shape, scent, and even a growing environment that can resemble body parts and diseases for which they can be used to treat. This method dates back to herbalists Paracelsus, Nicholas Culpepper, and William Cole. The theory suggests the importance of our communication with nature and connection to it, which seems to be missing from many Western medical concepts. Many modern scholars dismiss this theory as being unscientific.13

An example of a signature would be Mullein (Verbascum thapsus) which prefers dry rocky soil. It is used to moisten tissues. The leaves are soft and covered with hairs much like the cilia of the respiratory tract. This could be considered an indication of its affinity for the lungs. The herbalist Matthew Wood says that there are several herbs with a five fold leaf structure that resemble a hand. Cannabis is one of those herbs. The hand could be considered a metaphor for the physiologic protective actions of cannabis according to the Doctrine of Signatures. A meta-analysis of preclinical studies suggests that CBD may be used to treat various cardiovascular disorders such as hypertension, myocardial infarction and stroke.14 As previously discussed, improving parasympathetic tone and heart rate variability are protective mechanisms. Cannabis has also been shown to improve heart rate variability and wellbeing.15 Even though the signature of the hand offers an “unscientific” view of medicinal cannabis, the concept behind it does have scientific support. 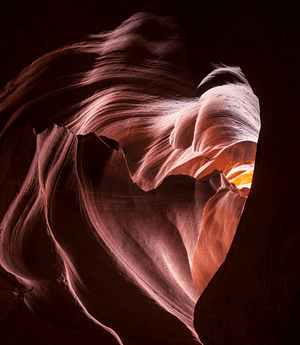 Each human being is a complex of fundamental faculties. Those faculties include body, mind, emotion, and breath. Cannabis as well as other medicinal plants have the potential to help people through many mechanisms that will only be understood with an open mind. Dr. Julie Holland’s presentation at the Society of Cannabis Clinicians Quarterly Meeting in March 2021 was a step in the right direction. She discussed the relationship between cannabis, oxytocin, and parasympathetic tone. The “rest, digest, and repair” that accompany a balanced autonomic nervous system keep the sympathetic stress response under control. Oxytocin is a neurotransmitter secreted by the pituitary and is also produced by the heart.16 It promotes social cohesion and heart entrainment with others, especially when physical contact is involved. According to Dr. Holland, it is accomplished via the endocannabinoid system. Both oxytocin and CBD (cannabidiol) calm down the amygdala, the part of the brain that produces the emotional input for a response to a thought.17

From an herbalist perspective, Cannabis can bring the vital force (Qi or Prana) down from the head/mind, where awareness can get stuck in the past or future, to the body and the present. This is an important aspect of health and relations with others. Using the senses of taste and smell, cannabis can be considered a bitter and aromatic herb. Bitter herbs are cooling, draining, drying and stimulate digestion with the principal constituent sesquiterpenes. Aromatic herbs can be warming or cooling. They tend to be antispasmodic and also aid digestion.18 The draining and digestive effects are a result of moving the vital force downward through the body.

Cannabis may have beneficial effects on the health of the heart and cardiovascular system. The mechanism may be the result of parasympathetic tone. Cannabinoids can lower blood pressure and heart rate. Modulation of the ECS may hold great therapeutic promise in various cardiovascular disorders including hypertension, atherosclerosis, myocardial infarction, heart failure, and cardiovascular complications due to liver cirrhosis.19 The ECS has been extensively implicated in the cardiovascular system with contractility, heart rate, blood pressure, and vasodilation. Emerging data indicates cannabinoids can limit damage to cardiac muscle during ischemic events.20

Here are two reports from publications that also describe the benefits of exogenous cannabinoids for heart health. CBD therapy can greatly limit the production of reactive oxygen (ROS) and reactive nitrogen (RNS) species. These are inflammatory chemicals that are part of the immune response which contribute to cell damage and death. CBD has been found to be cardioprotective. CBD may help modulate vasodilation and heart muscle contraction making it a promising therapy for chronic conditions such as heart failure.21 THC and CBD are both vasodilators. A single dose of CBD reduced resting blood pressure and reduced a spike of the blood pressure in response to stress. THC has been shown to slow atherosclerosis in animal studies.22

The reported ability of Cannabis to move vital force down from the head/mind may indicate a shift from thinking to feeling, thus increasing bodily sensations. This reduces the interference from preconceptions and increases listening to nonverbal communication. Perhaps this could be applied to intuition which manifests as gut and heart feelings. Richard Whelan, an herbalist, describes pulse diagnosis as a subjective activity that is practiced with an empty mind and an open heart.23 The same concept applies to the palpation of the cranial rhythmic impulse in craniosacral therapy and muscle testing in applied kinesiology.

Cannabis and some other plants interact not only with the endocannabinoid system, but also with the energy systems of Ayurveda and Traditional Chinese Medicine. There seems to be at least circumstantial evidence that there is more to the beneficial relationship of plant medicine and these systems than is currently understood. The medicinal use of Cannabis has a history of over 2,000 years.24 It is fortunate that these same uses are presently being confirmed by controlled studies and research. But it is unfortunate that the early knowledge was mostly discounted and ignored. This seems to be a lack of listening (the most important aspect of communication) by modern medical practice.

In conclusion, holistic healthcare is a practice which requires continuous learning from nature. There is no communication and learning without listening. Opening our hearts to what plants have to teach us and listening to people with compassion should be the end goal. This is the real meaning of healthcare.

James Brent DDS is an SCC member who practiced dentistry for 43 years. He also studied alternative healing techniques including naturopathy, chiropractic, physical therapy, nutrition, and herbal therapy. Check out his blog for further exploration on these topics and more.